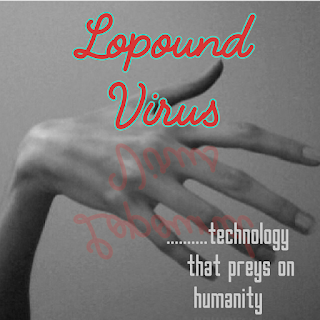 Soon the white board showed a beam of light and a video clip began to play. A man dressed in a black mask entered a very familiar room. He rummaged through files on a long mahogany table then an older man walked in. The masked man held a gun to the older man's head,he collected some files and shot him. Was it a dream? The older man was Prof and that  was his office.

He opened a laptop but it seemed he was having difficulties with operating it. He yanked the mask off his head to view well into the screen. The camera zoomed in. It was Efe!

Haaaaa!, shouted the lady beside me.

The DG stood up, cleaned his spectacles and wore it again.
There was an uproar followed by immediate murmuring.

Efe jumped down form the podium and made for the exit door but was stopped by one of the disguised State Security Service officers (SSS).

The SG grabbed the microphone. "All other recipients please go back to your seat. I just pulled a stunt to have him standby", he said with a sad smile.

"Devils like Mr Efe Omoregie are the ones who give Nigerians bad names. He was contracted by the European Assembly to steal the signatory of the DG of your regional quarters for a project known as Operation Lopound, a deadly bio-terrorism operation that has caused the lopound virus and sent thousands of Nigerians to their early graves while others lay in sick beds awaiting death", he continued.

The murmuring began louder. Some of the ladies heaped curses on him while other employees took snap shots and recorded videos of the scenario.

The secretary general waved at the audience to calm down. "The deadly programme has alsi been aborted but I am not done yet. Apprehending these criminals won't have been possible without the effort of Prof. E. A Mbakwe who was the man shot in the video. His use of codes, micro cameras and alert message to us made all this happen.  He wrote the programme that was used to shut down the Lopound operation...... A national computer programming centre will be built and furnished in honor of him". The crowd jubilated.

He slipped his hands in his pocket then motioned to the Director General to come closer. They deliberated is silence for a while then the human resource manager joined them on the stage. He delivered a slip of paper and left the stage.

"Despite all you have heard, Prof. was not the sole provider of the solution to this national problem. The one who began the process is here in our midst in person of Mr. Kenechukwu Obasi"

I didn't need to hesitate. I moved through the crowd like a super human. The cheers and applaud propelled my feet to the stage. I stood side by side with the  secretary general of the United World Organization.

"Young man! Today we honor you for a job well done. It shows that despite being a cleaner, you are tactful, observant and a man who has it at heart that doing good is golden. You have saved Nigeria today and nothing can be commensurate with the lives you have saved", the SG said to me amidst smiles.

I was grinning from ear to ear. I just wanted to dance that moment.

He cleared his throat and continued, "The UWO has awarded you a scholarship for further studies to any level, a full time Job with the UWO as well other benefits yet to be mentioned".

I shook his hand with all my might. I was mad with joy. Click! Click! The cameras flash were all over me. The pressmen and women flocked around me like birds would over cereals.

"What do you have to say, Mr Kene", an excited female journalist asked as she held a microphone to my mouth.
Words! I had no words to say. Mama, Abike and a thosand Nigerians had been cured. That was all that mattered to me.