WHAT I STAND FOR 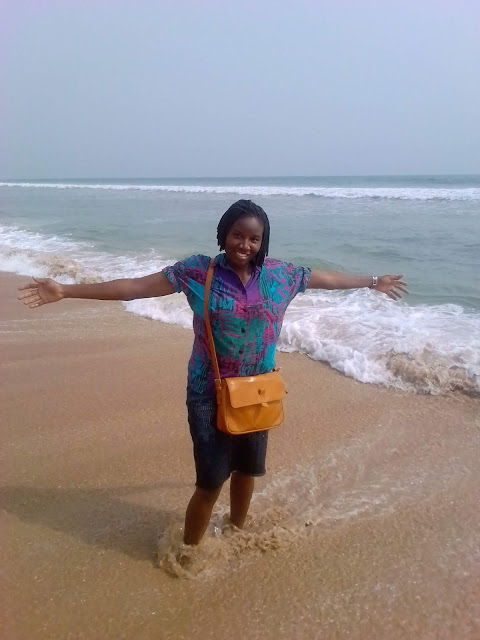 My earliest memory of me standing up for something or probably anything was at the age of six. When I gulped mid-sized bolus of eba immersed in oily, spicy egwusi soup and when I displayed my lame dance steps to the beats of Rosemary Chukwu’s “Kunie nu n’oge eruwo” in our wide sitting room.

At school, I would proudly say to the others, “I am Igbo” when my origin was misplaced for another tribe. It was my pride, my identity and something I felt anyone should tuck in their breast pocket and caress at different time interval.

Before the arrival of our cushions and settee, our sitting room served as our ‘Maracana.’ My tiny legs would fire shots from end to end of the large room while I watched in delight as my cousin, Uju scrambled to chase the yellow Aladin- designed rubber ball that served as one of my birthday gifts. Who in this world gifts a girl-child a ball?

Our neighbourhood was usually quiet by day and as dusk announced its arrival, it was not unusual to see people seated in front of their compounds; chatting, laughing, exchanging pleasantries while eyes strayed to bodies and movements of passersby.

On this Friday, the air was stale. I noticed adults spoke in swooshed whispers. The sun for reasons best known to it positioned itself below the cloud like it was waiting for vital information before it decided if it was time for sunset.

I was in Iya Ibukun’s shop to buy Limca.

“Ki lo fe ra?” she asked in Yoruba. Mama Ibukun was a tall and dark complexioned woman with a voice that sounded like she was nearly scolding you and when she laughed, her laughter was so loud that I feared the poor pigeons which often perched on our electrical power lines would flutter away.

She dashed to the refrigerator. On second thought, she turned to her brown transistor radio with a long antenna that had a small string of copper wrapped around it. Her fingers were long and thick with an abnormally dark nail plate. That day, as a little girl, I resolved never to marry a man with dark nail plates. To me, they were nothing short of ugly.

She turned the knob of her chattering radio and listened intently. I was slightly irritated. I remembered that I could get spanked by my mother for staying out longer.

“Ma, I ………”
She cut me short with a hush and her unpleasant index finger against her lips.

The news broadcaster said something I would not be able to recall and there was an outburst of euphoria not only from her but almost every household.

People were out in the streets jubilating, drinking, hugging one another and laughing. I went home without paying a dime for the Limca that cost twenty-five naira at the time. Haggle with a seller presently and have the door of the shop slammed in your nose.

Later, I would learn the celebration was for the death of a dictator that held the country to ransom. That incident sparked my interest in newspapers and introduced me to The Vanguard’s Terror Muda, Kaptain Afrika and the lousy Virginia series of cartoons.

A few more years later, I would pray for the same lot to be meted out to other ‘dictators in civilian clothes’ who promised ‘the people’, ‘our people, ‘my people’ Eldorado and gave them hell on earth instead.

Lagos is a city that has kept this memory in her treasure chest for me. Could this have been the beginning of how I affiliated certain emotions or memories to different cities? I don’t think so. I like to believe it was earlier than this.

I would later travel across the river Niger bridge to Onitsha, another city that kept her own share of my memories.

I would be asked about the 1,171.28 square kilometres large expanse of Lagos when all I knew at the time was my humble confines of Ijegun community that accommodated my house, my local church, Greater Tomorrow Kiddies school, all our mischievous kid’s play hang-out spots, my memories from Okokomaiko, FESTAC and the salty Badagry beach.

I would be taunted for being ‘too soft’, ‘an Agric foul’, for being an ‘ajebo’ and for not being able to speak my language.

Saturdays in Onitsha were for weddings. Our family friend, Ugo would come and pick I and my cousins for any wedding, she deemed fit to attend. She never had the need for an invitation, she was ‘your honourable uninvited guest.’

She was a young adult at the time, she enjoyed watching the show of extravagant eastern businessman spraying naira notes on sweaty couple’s heads and the smell of party jollof rice.

We would head to her mother’s shop before proceeding to the venue. The old lady’s shop was at the bank of the Niger river where she bought yams from women of the rural communities of Anam, Aguleri, and sold to the urban women of the Onitsha town.

I would allow my thoughts stray as I watched the ongoing activities at the river bank; the offloading of yams from canoes and wooden boats then the gathering of sea sand by young men to dark sooth emitting lorries to building sites.

If the numerous trips of those lorries were what was first needed to build the storey-buildings in that rowdy town then, life truly needed pre-requisites for the next level. Little did I know that I would bank on that thought to challenge a colleague’s opinion someday about a menial entry-level job not being a pre-requisite for a multi-million dollar CEO position.

So maybe what I stood for was not just being Igbo by eating mid-sized bolus of eba immersed in egwusi or dancing to the early morning rendition of Rosemary Chukwu’s song.

Maybe it was in hard work and consistency. Maybe, just maybe.